Influenced by several artistic movements and styles ranging from surrealism, lowbrow and pop art to Renaissance and Baroque painting.

Marco Santos (1981, Valença, Portugal) is a self-taught Portuguese / Spanish artist. Marco always saw in drawing a form of communication, like a channel of expression which his imagination created. Since a very young age he drew about his surroundings like his parents, pets, schoolmates… But above all, he liked to draw his favorite fictional characters.  Lover of cinema, tv series, animations and comics,  he was therefore inspired by the pop culture of the 80s/90s, adding all of this to his love for the visual arts, made him want to be a painter and work in the art world.
His most recent paintings embrace pop culture, a mixture of reality and fiction, other alternate realities, and symbiosis. Previously, he has made series about everyday realities and social criticism.

To buy original art online or for  more information, including pricing and shipping costs, please contact me. 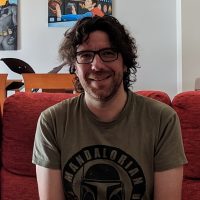 His works were exhibited in several galleries in Spain, Portugal, United Kingdom and United States, he has participated in numerous collective and individual art exhibitions.

He also presented his artworks jointly with Elena Ojea‘s poetry in Castelo da Raiña Dona Urraca (Salvaterra, Spain) and Galeria Ap’ostrophe (Vigo, Spain). Other than this alliance, he also shook hands with another prominent artist António Porto and exhibited his artworks in many  shows.

Different private collections have his works in several parts of the world such as Spain, Portugal, France, Germany and USA.

This website uses cookies to improve your experience while you navigate through the website. Out of these cookies, the cookies that are categorized as necessary are stored on your browser as they are essential for the working of basic functionalities of the website. We also use third-party cookies that help us analyze and understand how you use this website. These cookies will be stored in your browser only with your consent. You also have the option to opt-out of these cookies. But opting out of some of these cookies may have an effect on your browsing experience.
Necessary Always Enabled
Necessary cookies are absolutely essential for the website to function properly. This category only includes cookies that ensures basic functionalities and security features of the website. These cookies do not store any personal information.
Non-necessary
Any cookies that may not be particularly necessary for the website to function and is used specifically to collect user personal data via analytics, ads, other embedded contents are termed as non-necessary cookies. It is mandatory to procure user consent prior to running these cookies on your website.
SAVE & ACCEPT
error: Content is protected !!